In late June, the IRS and the Treasury Department unveiled a new postcard-sized version of the classic Form 1040, with the goal of replacing the current Forms 1040, 1040A and 1040EZ for next tax season. It takes a “building block” approach, according to the IRS, removing all information that isn’t strictly necessary, and placing it on a series of supplemental schedules.

After the 2018 tax overhaul, the Treasury and the IRS released a “postcard” version of the individual income tax return. However, it required six schedules to file and therefore didn’t necessarily reduce paperwork.

After receiving feedback from the tax community, the agencies have released an updated draft that reduces the number of schedules required to file from six to three. Schedules 4, 5 and 6, which dealt with retirement plans, refundable credits and foreign addresses, will no longer be in use.

The public commentary period on the updated draft closed Aug. 15. The IRS anticipates a final version will be issued in November. 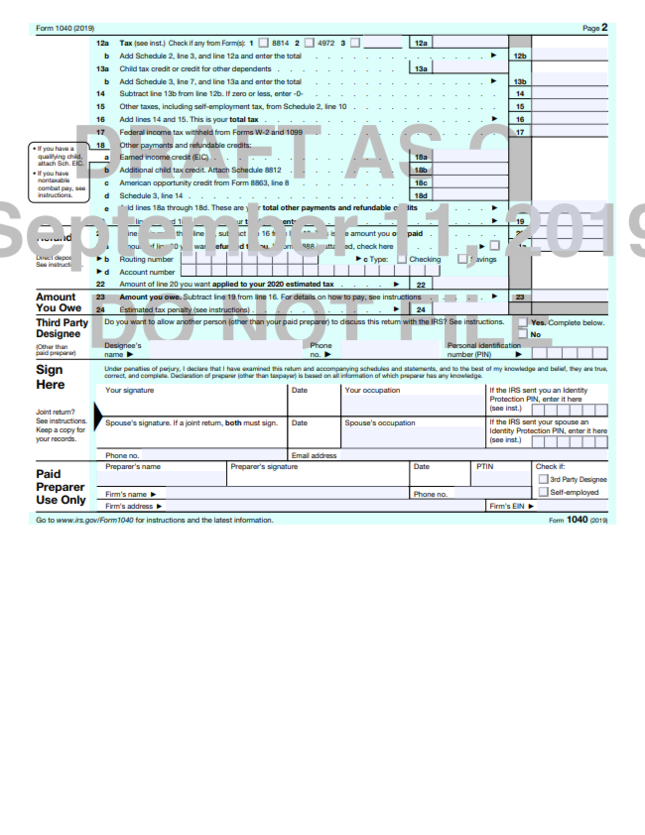