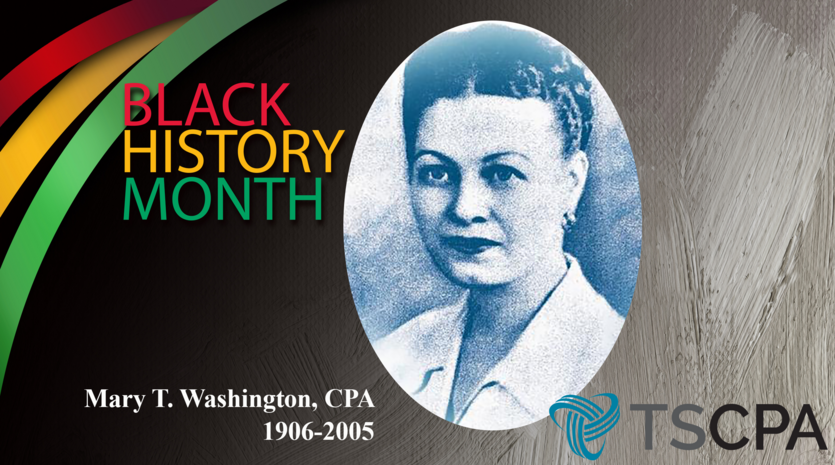 Black History Month is an important opportunity for us to celebrate the significant contributions and achievements of Black Americans throughout our history, including Black Americans that have been trailblazers in the accounting profession.

As a society that represents more than 11,000 diverse members, TSCPA is proud to support and celebrate Black trailblazers in the profession. 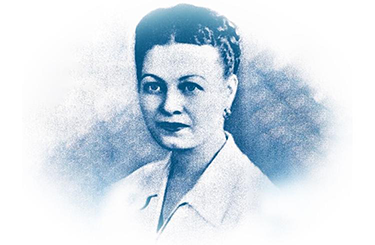 Mary T. Washington made history when she became the first Black female CPA in the U.S. in 1943. Washington was born in Vicksburg, Mississippi in 1906. After her mother’s passing when she was 6 years old, Washington moved to Chicago, where she was raised by her grandparents.

In high school, Washington excelled in math. She also worked late afternoons and weekends as a bookkeeper at Douglas National Bank. After graduation, Washington was hired at Binga State Bank, one of Chicago’s prominent Black-owned businesses at the time. At the bank, she became assistant to cashier and vice president Arthur J. Wilson, the country's second black CPA and the first in Illinois.

Washington enrolled in the accounting program at Northwestern University's School of Business, where she was the only woman in her class. In 1939 while still in school, Washington branched out on her own and founded the accounting and tax preparation firm Mary T. Washington & Co. She graduated from Northwestern with her bachelor’s degree in business in 1941.